LUNGISWA GQUNTA. Tending to the harvest of dreams

In the exhibition, the South African artist Lungiswa Gqunta poses the question of colonialism’s continued impact thirty years after the supposed end of apartheid. How can one pick up the thread of one’s own relationship to nature, the centuries-old traditions and knowledge that lie within one but speak to one only in dreams? How can one find and carry on one’s identity, of which one was robbed bit by bit, also through land seizure? After centuries of colonial influence and violence, it is difficult to change these places. Two thirds of the country are still in white ownership. Ninety per cent of the wealth belongs to ten per cent of the population. In a country so rich in natural resources, the question of land is crucial and the demands for restitution ubiquitous.

Distributed throughout the room, the colored tangles of barbed wire form an expansive green garden landscape from which purple and orange fields sprout here and there. Round and geometric basins ending in rust spread out amongst them like lakes on a wide, parched plain. 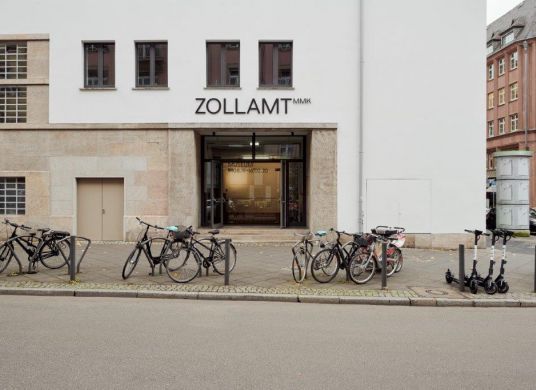