Lydia Ourahmane: Survival in the afterlife

From December 4, 2021, Portikus will be presenting Lydia Ourahmane’s first solo exhibition of Algerian artist Lydia Ourahmane in Germany. This site-specific installation is conceived for Portikus in Frankfurt and de Appel in Amsterdam.

Born in Saïda, Algeria, in 1992, Lydia Ourahmane lives and works between Algiers and Barcelona. She graduated from Goldsmiths in 2014 with The Third Choir, a piece which entailed her being the first artist to export an artwork from Algeria since the country’s independence from French colonial rule in 1962.

Since completing her studies, Lydia Ourahmane continued to test the possibilities for charging and converting the elements of the physical world, be it commodities or personal property, as these move between borders, generations, and dimensions.

The installation In the Absence of Our Mothers (2018) for example, is inspired by the story of her grandfather, who had all thirty-six teeth removed to avoid getting enlisted in the military. As part of this work, Lydia Ourahmane had a gold molar implanted in her own mouth, the equivalent value to the sum a human trafficker charges for the crossing from Algieria to Europe. 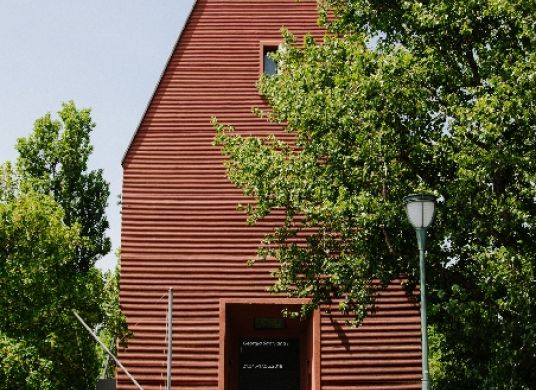